I Just Froze is a Rape Crisis Scotland’s public awareness campaign, which aims to challenge and change common misconceptions that there is a right or wrong way for people to react during or after a rape.

Most of us think we know how someone would react if they were raped. We assume the natural response is to scream and fight back. But the truth is, nobody knows how they or anyone else would react. In reality, reactions to rape can be quite different from what we might expect. Many survivors of rape say the assault made them freeze. They couldn’t move or cry out. This response is just as normal and natural as any other.

Rape is a traumatic event, and the way we react to trauma is not something that is controlled by the logical part of our brains: it’s an instinctive response, which happens when a more primitive part of the brain (the amygdala) takes over when we become aware that something exceptional or dangerous is happening. In a situation like this, the brain automatically goes into survival mode. When this happens, blood and oxygen are diverted to the muscles, and the body is flooded with adrenalin: it’s a process rooted in human evolution, and is something that happens quickly and over which we have no control. 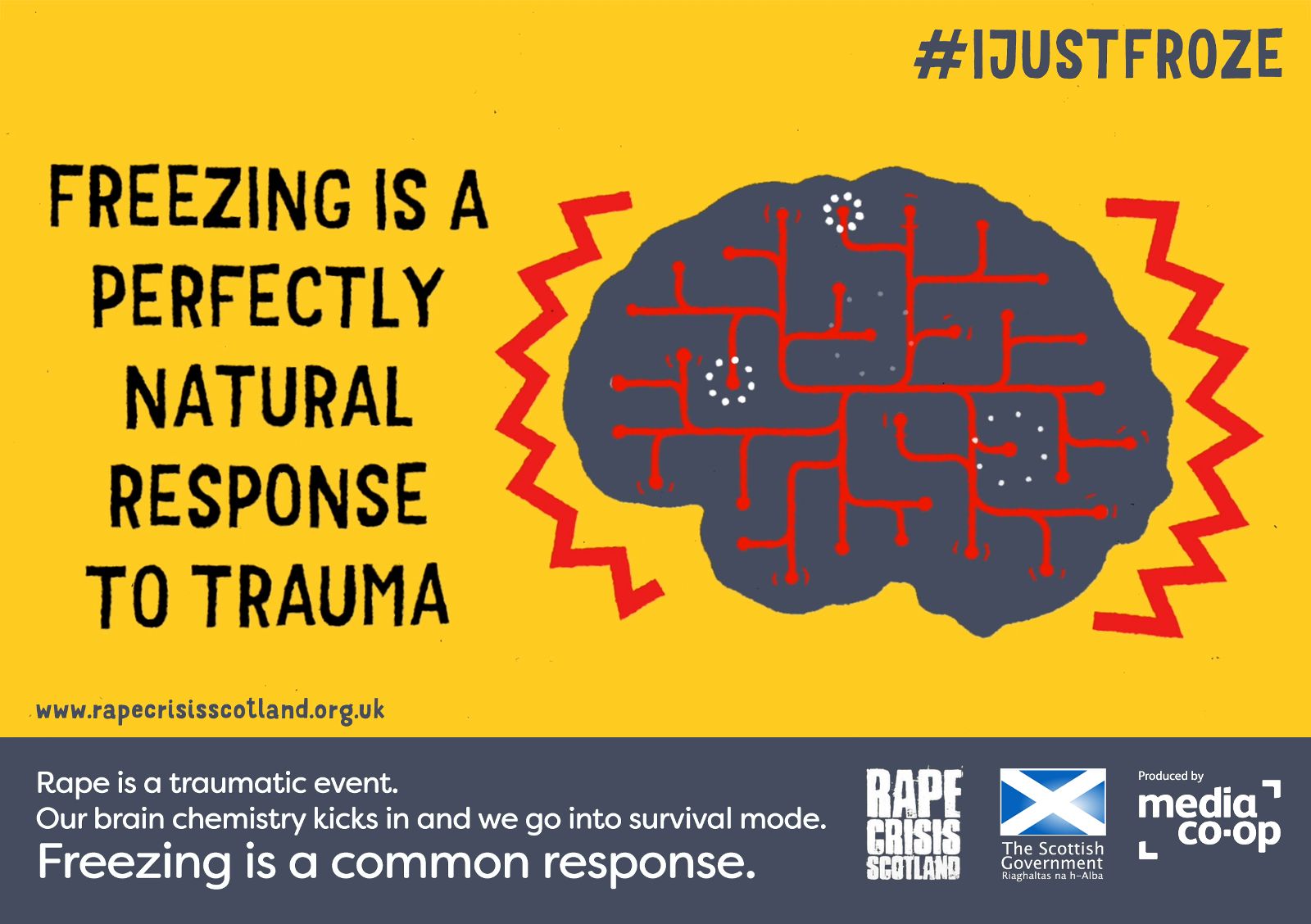 There are three possible survival responses to a traumatic event like rape: fight, flight, or the one that often does not occur to people: freeze. Freezing is probably the survival response with which people are least familiar, and when we think about a scenario involving rape, thoughts of running away (‘flight’) or of fighting back can spring much more readily to mind than the idea of being unable to move or do anything at all. However, in our experience at rape crisis, freezing can be one of the most common reactions during a rape.

Rape and sexual abuse changes lives – and so do we. As a small charity we're very grateful to receive your support, which helps us to continue to provide our important work. Donations go directly towards the costs of delivering all our support and information services.

You can also support our work by:

Make a monthly donation
© Copyright 2020 Edinburgh Rape Crisis Centre - All Rights Reserved
Our website uses cookies to help us deliver the best possible user experience. By continuing to browse the site you are agreeing to our use of cookies. Find out more.
Hide This Page